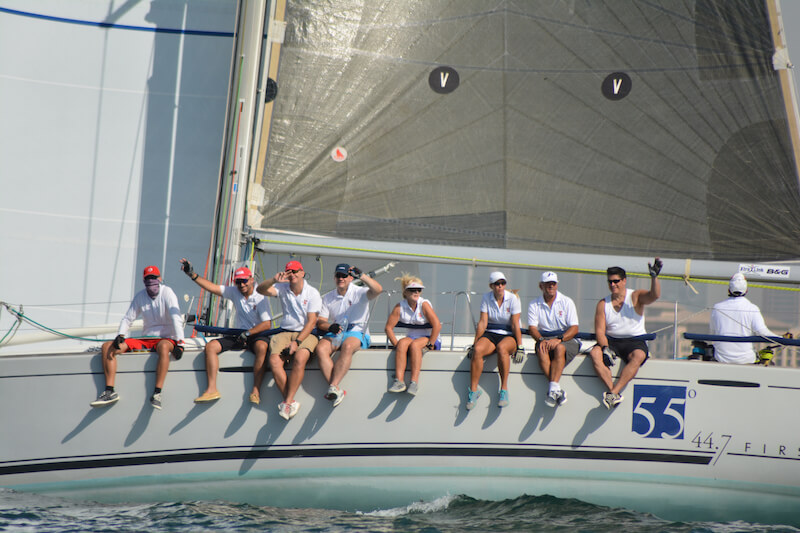 At 0900 local time on 30 October, the leading yachts in the Dubai to Muscat Yacht Race had crossed into Omani waters and were heading for the tricky passage through the Straits of Hormuz. The fleet had encountered far more wind than anticipated during the first day and night at sea, with yachts reporting wind speeds of up to 25 knots. The big decision on the first night was whether to go inshore to benefit from the cooler air running down the mountains or go offshore for more gradient breeze.

â€śReally good speed during the night, we saw the wind speed rising through the late afternoon and we were at the top end of the No.2 for most of the time and a few gusts were well over 20 knots, so we had the three ready to go. There were two big factors to deal with during the night. A myriad of fishing nets were off Sharjah, I have never seen so many and it was hard work picking our way through them. Secondly in the early hours of the morning the breeze started to fade. Atari 7 was about 2 miles ahead of us and decided to go offshore looking for breeze. We decided to stay inshore hoping to get some accelerated breeze off the land and it looks to have paid off; this morning we could see Atari 7 behind us. Right now, we are just passing Khasab and the breeze is very light. Moral on board is great but it is unlikely that we can stay ahead of Atari 7 in these conditions.â€ť 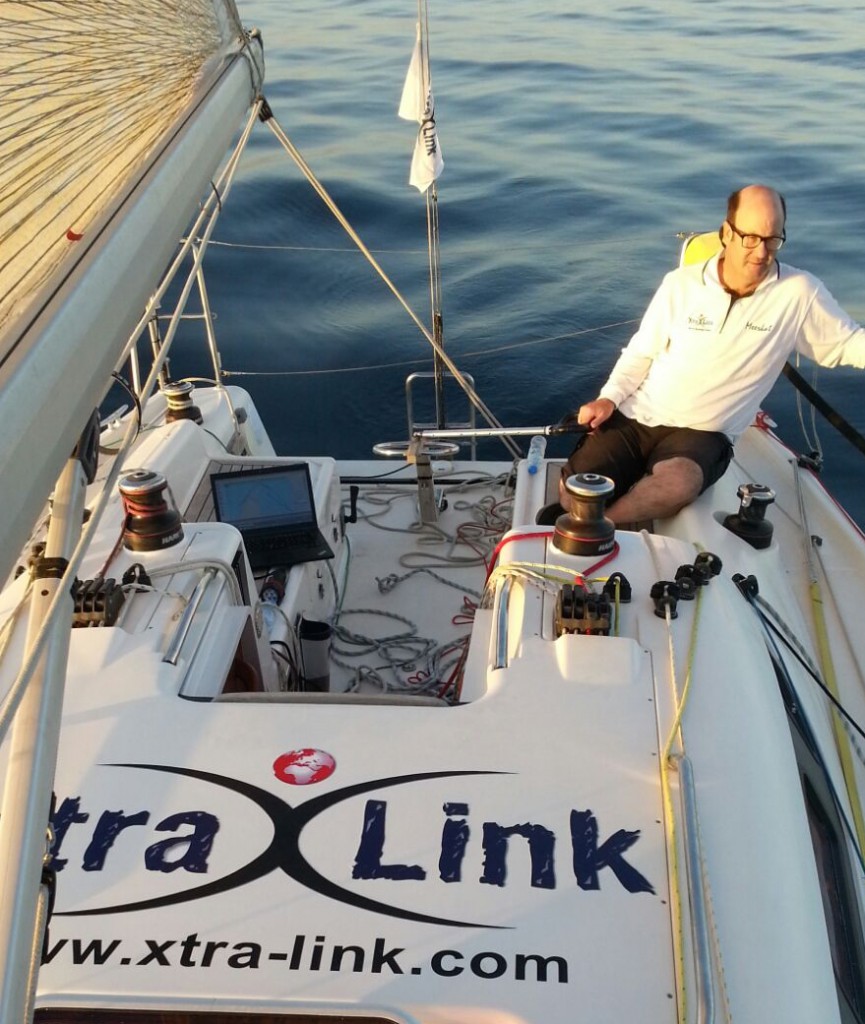 Hans Kuijtâ€™s Dehler 32, Meerkat had an interesting night at sea, as the Dutch skipper explains by Xtra-Link satellite connection.

â€śWe had a very exciting night with all sorts of weather conditions. We ran into a fishing net, which slowed us down for about an hour. The fishing boat had no lights so we could only see the top buoy. However the fishermen did come and cut us loosed, in a very choppy sea. Our crew, Ian Coward had to lower himself into the water to get the remaining net out of the rudder. After that we had a nice 18 knots of breeze and reefed. Later in the morning the wind dropped and the reef was shaken out. At the moment we can see almost all the other yachts again. We just crossed the Omani border with a beautiful sunrise for now just making 2.5 knots in very light wind. We are one of the smallest boat but not the slowestâ€¦. The big guns are some 13 miles ahead but have even less wind. As we are a lighter boat, hopefully we will catch up with them later on.â€ť 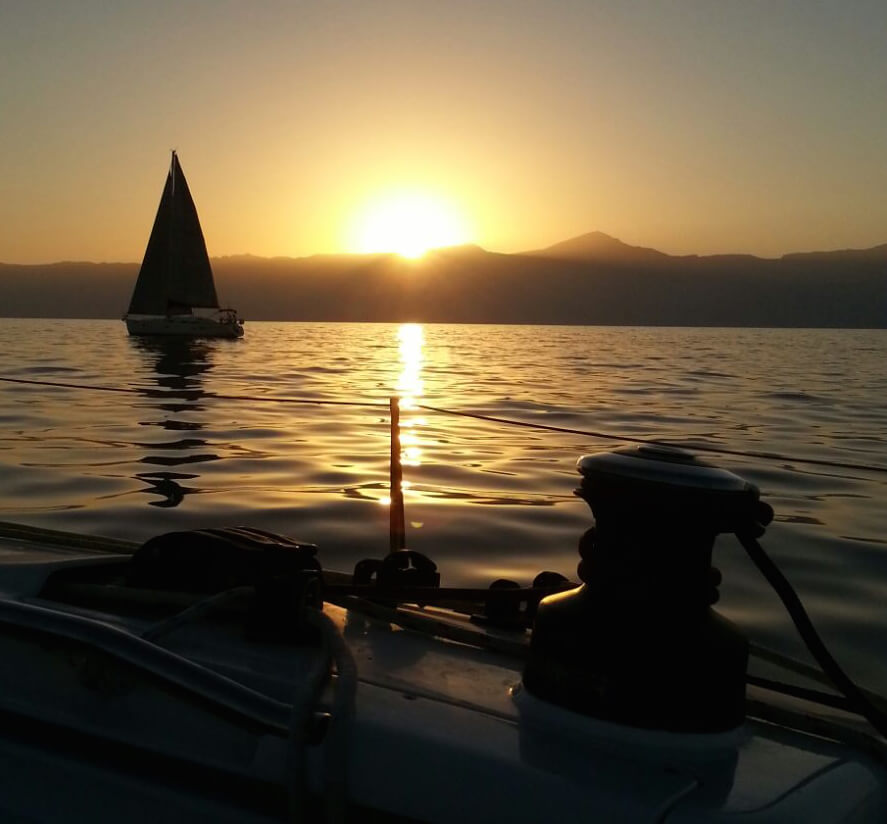 By the morning of the second day of the race the leading yachts had sailed as far as Khasab, located on the Musandam Peninsular in the Sultanate of Oman. Located on the north eastern point of the Arabian Gulf, it is the gateway to the Indian Ocean and has stunning mountainous scenery rising to over 2000 metres. The mountainous region is extremely remote and sparsely populated, due to the lack of commercial fishing the waters around the peninsular are a haven for wildlife including; whale sharks, Devil Rays and Dolphins.

Unfortunately for Martin van Der Harstâ€™s Dutch Dehler 34, Playmate, rig damage has forced the team to retire. The Playmate crew are all well and have returned to Dubai.

All of the competing yachts in the Dubai to Muscat Race are equipped with Xtra-Link Trackers and Thuraya XT satellite phones. Daily updates including; blogs from the boats, pictures and video will be posted. To follow the fleet visit:Â www.xtra-link.com